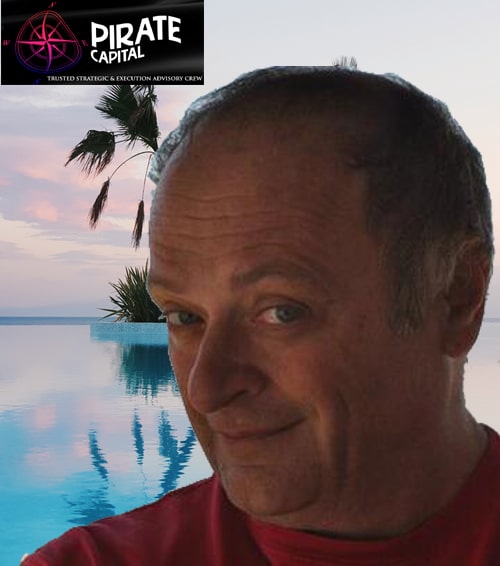 Phil Lebovits has been a professional writer for over 30 years. He has written for The Dennis Miller Show, Comic Strip Live, and has worked with Jason Alexander on such TV projects as “The Whitey Show” and “Liquid Soap.” Phil created both. Phil joined pirate capital early 2020 as a professional script writer for Crowdfunding campaigns and corporate messaging.

Following his stint with the group, Phil went on to write twenty-one comedy murder mystery shows that have been produced in over 40 cities. He says, “Yeah, that’s enough!”

A musician as well as a lyricist, Phil wrote the opening song “Shop ‘Til I Drop” for the movie “The Debtors” starring Michael Caine and Randy Quaid and has co-written two musicals (“Jewsical” and “Dancing with Abandon”).

He has also had three reality shows optioned and none of them involved a Kardashian.

Currently, Phil works as a top-rated freelance for Upwork.

And for all you pirate fans, he’s written a children’s book called “The Adventures of Fatbelly and the Rumble-Tum-Tum.” Arrrrrh…

The information contained in this website is for general information purposes only. The information is provided by Pirate Capital and while we endeavor to keep the information up to date and correct, we make no representations or warranties of any kind, express or implied, about the completeness, accuracy, reliability, suitability or availability with respect to the website or the information, products, services, or related graphics contained on the website for any purpose.