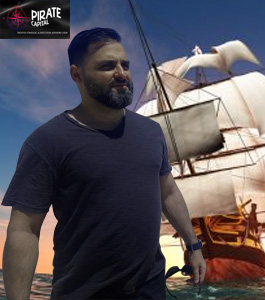 Joe has a strong wall street law background as a former partner at Herzfeld and Rubin, PC. Joe is a creative eclectic corporate and securities attorney, and a crowdfunding pioneer. Joe Katz is also the founder of JS Katz, a firm that made its marks in Crowdfunding and lead the way with Regulation A+ in the US. a NYC top rated securities law firm who has pioneered in crowdfunding since its inception and has completed successfully multiple Reg. A and Reg. A+ offerings for multi-millions of dollars. Joe wrote the legal Manual “The Use of Finders in the Securities Industry.” 2010 a booklet largely used by bankers and securities professional as well as FINRA Examiners. Mr. Katz principal experience has been in private placements, mergers, acquisitions and dispositions, SEC compliance, public offerings, general 1993 & 1934 Act matters and strategic business relationships. Joe was recognized by Superlawyers as top 5% best corporate securities attorney in NY Metro in 2014.

He graduated Boston University School of Law in 2003 with an LLM in Securities and Financial Law , with a Master in Banking Law (Maitrise en Droit) form Avignon Pays de Vaucluse School of Law in France in 2001 with a major in Banking Law and comparative financial law. Simultaneously, with the LLM. Concurrently, he was admitted into Harvard Law School, PON Certification, and obtained a certification over a year course at Harvard School of Law in “PON” Negotiation and Dispute Resolution “ADR” in 2003.

Joe speaks fluently English, French, he is proficient in Spanish and master some notion in German having lived in Berlin for a year and is native in Hebrew.
Creative aggressive and adaptable are the principal characteristic of Joe Katz.